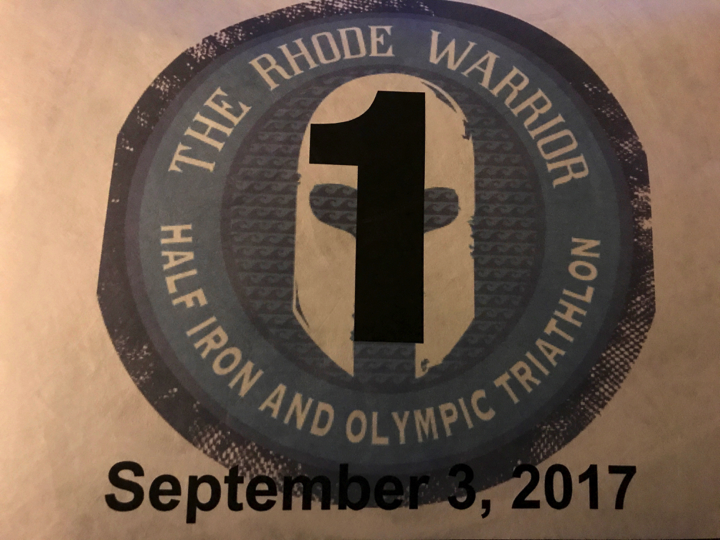 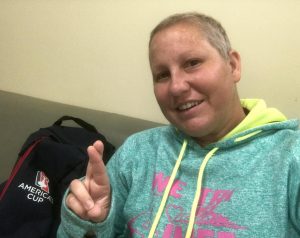 Looking back on the last visit with Dr. Silber, my oncologist at Yale New Haven Smilow Cancer Hospital, about a month ago, it was discussed between her and I that we both felt that the tumor on my chest had grown. This has been weighing on my mind heavily throughout the month. On Wednesday August 30, I went to Yale for a CT-scan of my chest, abdomen and pelvis. The scan itself went as expected, relatively calm and painless experience. On Friday September 1, I went back to Yale for an appointment to go over the CT-scan results with Dr. Silber. The visit started out as usual, pee in a cup and blood draw. Then wait in the exam room.

Dr. Silber and Courtney (clinical research nurse) both entered the room and it was at that moment that I knew something was out of the ordinary. Dr. Silber went over the results of the CT-scan. The lymph node that has been involved for over a year has grown slightly in size. The tumor that is on my chest that started growing back in May has also grown in size. Therefore, it is determined that the oral medication (PARP Inhibitor) that I was taking was not working to stabilize the cancer.

At this time I have four options: try to enroll in a clinical study involving an androgen hormone blocker oral medication, standard care chemotherapy, consult with phase I clinical trials, or refuse treatment. I took the recommendation from Dr. Silber and Courtney to try the clinical study involving the oral medication that is an androgen hormone blocker. From here I will have a couple of scans within the next couple of weeks and will hopefully start new oral medication within that time. 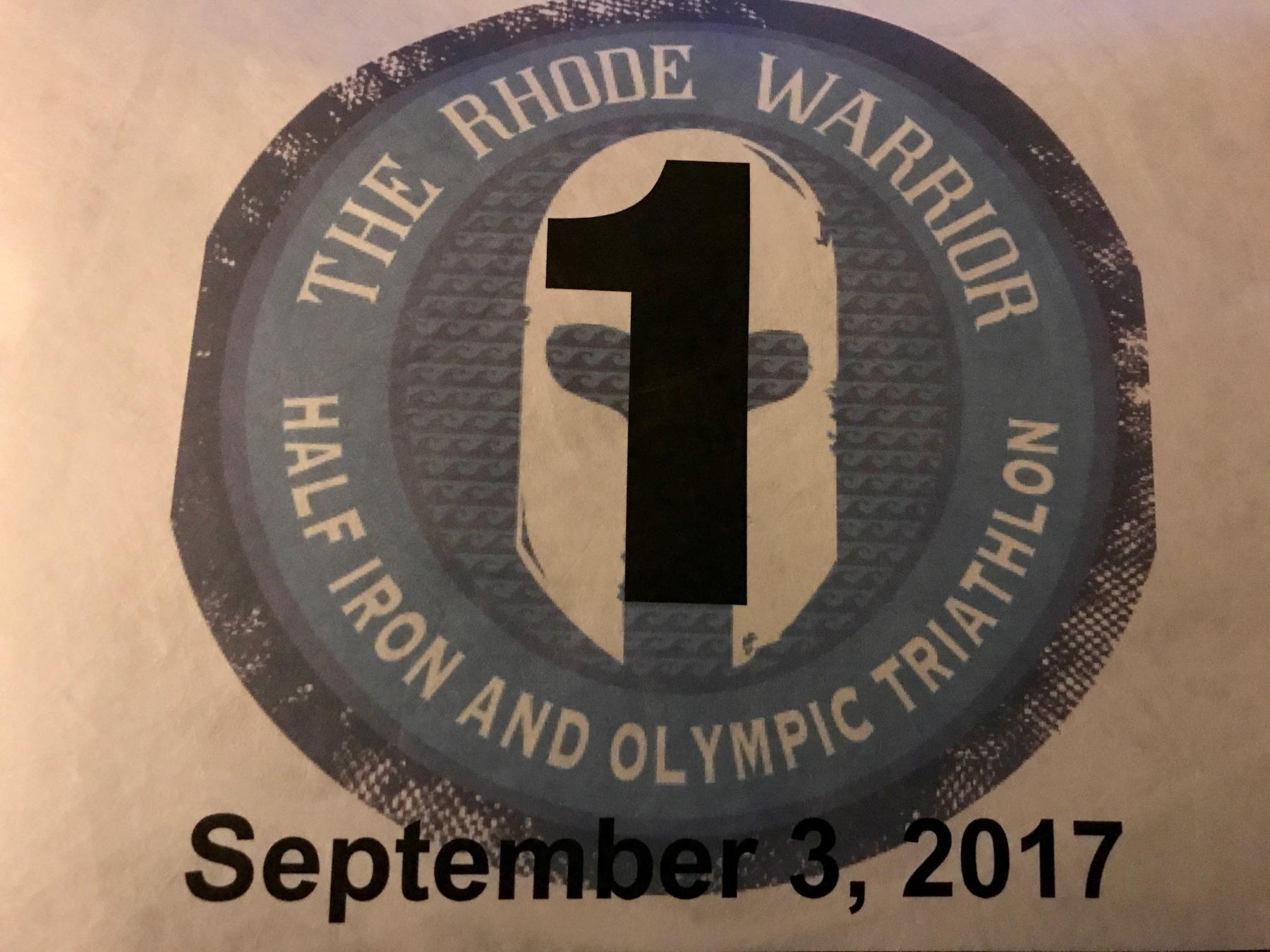 I went to these two appointments last week alone partly because I was hoping that it was all in my mind that the tumor felt larger and also because I had a desire to feel independent. I’ve come to the conclusion that there are two types of people in this world; those who wait for life to come to them, and others who go after their dreams. I definitely have developed into the latter of the two. Though this news of the cancer growing is troubling and not what I wanted to hear, I know that life doesn’t stop here and I have a desire to keep reaching for the moon. 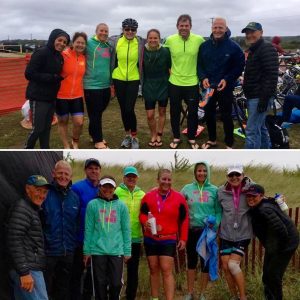 This past Sunday, September 3, I ventured out at 5:45AM to the Misquamicut State Beach in Westerly, Rhode Island for the TRIMOM Productions LLC annual Rhode Warrior Triathlon Festival. I had originally registered for the sprint distance (1/4 mile swim, 7.8 mile bike, and 3.9 mile run) however, after a little pep talk from my teammate Terry I had decided last minute to switch to the Olympic distance (1 mile swim, 24.5 mile bike, and 6.5 mile run). I was satisfied with my decision to go after the longer distance because I have a dream to do even longer races and this is a great stepping-stone. 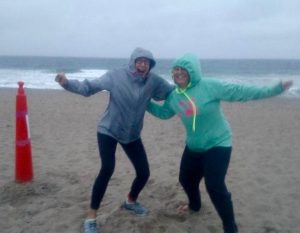 The weather was fierce that morning with pouring rain, winds gusting to over 30 mph, roads were flooded, and the ocean was ripping in every direction. As I started to set up my transition area I heard the announcement that the swim portion of the race was cancelled due to the rough and dangerous conditions of the ocean. Then a couple of my teammates came over to me and told me of their fears of doing the bike and run in this weather. They had decided to not race at all that day and that was ok. I had teetered on the fence for a short time trying to decide if I should race or not. At this point the race would only be consisting of the 24.5-mile bike and 6.5 mile run. It didn’t take me long to fully commit to doing the race no matter what the weather. I’ve come to a point in my life where I have decided that life is too short not to do something. I had a plan to tackle the course with caution and to just have fun while doing it. 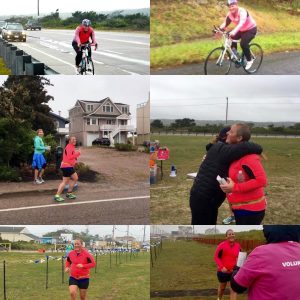 As the race started I knew that I was part of a team of strong committed individuals whether they were supporting us from the sideline or far ahead of me on the course we were all in this together. Though I was having a lot of fun challenging myself with the cold, rainy, windy weather, it was even more fun every time that Milly’s white van would come slowly approaching full of teammates cheering me on. We had a blast joking back and forth with each other while I biked. As I headed out for the run I quickly spotted Milly’s van approaching and was thrilled when Terry jumped out and joined me for the 6.5 miles. I had decided prior to the race that I was going to walk/jog between telephone poles as my friend Sandy had taught me. This made the miles fly by.

As I was nearing to the finish line I was not surprised to see that the race director had started to disassemble the transition area, but what was a surprise was that so many of my teammates had stayed in the pouring rain and cold wind to greet me at the finish line. Each and every one of us took home a medal today. I couldn’t ask for a more supportive group of individuals to encourage me to just keep TRI-ing when life knocks me down.