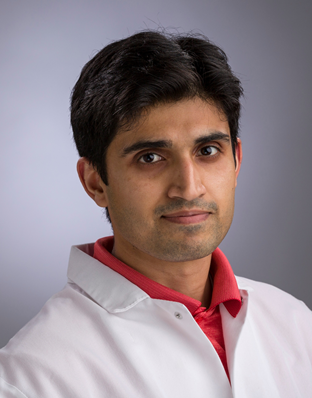 Breast cancer is a major killer in the United States and metastases are the primary cause of breast cancer-related deaths. Approximately 30% of breast cancer patients will develop metastases during their lifetime. Few prognostic factors predict metastases as well as the presence of dormant disseminated tumor cells (DTCs) – cells that have escaped from the primary breast tumor early in the disease and exist in a dormant state in distant organs until they develop in some patients as overt metastases. Clinical evidence suggests that eradication of DTCs would prevent metastasis, however, currently no therapies specifically target these metastases-initiating cells. Indeed, DTCs are resistant to chemotherapy and other targeted therapies, and very little is known about what enables DTC survival despite multiple rounds of chemotherapy.

Breast DTCs reside in a perivascular niche (PVN) – areas within a tissue that are occupied by blood vessels – of distant tissues such as lung, bone marrow, brain, liver and lymph node. Importantly, chemotherapy itself has been show to elicit responses that alter the tumor microenvironment that also contribute to chemo-resistance in other cancers such as prostate cancer.

This may be associated with the induction of DNA damage and the consequent change in factors released by blood vessels – a phenomena that remains unexplored in the context of breast DTCs. Preliminary data generated by Dr. Dasgupta suggests that the PVN protect DTCs from chemotherapy. Accordingly, eradicating DTCs for metastasis prevention will require a much deeper understanding the dynamic relationship between DTCs and their microenvironment (PVN).

As a Terri Brodeur Fellow, Dr. Dasgupta will couple novel, biologically relevant, in vivo models with high throughput technologies to discover key targets in the PVN that can be translated into curative therapies in patients. He first aims to describe how the PVN responds to chemotherapy in vivo and identify if targeting factors that change in response to chemotherapy can chemo-sensitize breast DTCs. Additionally, he will identify the signaling that is active in the PVN in a chemotherapy setting; the goal here is to discover signaling pathways that can be muted to prevent chemo-protective responses from the PVN. Lastly, he will perform proof-of-concept studies in pre-clinical mouse models of breast cancer dormancy. His overarching goal is to design better treatment regimens to eradicate chemo-resistant DTCs to prevent metastatic breast cancer-associated mortality.

Dr. Arko Dasgupta earned his Ph.D. in Genetics and Biochemistry at Dartmouth College, under the supervision of Dr. Jay Dunlap and Dr. Jennifer Loros. During his Ph.D., he studied the circadian control of gene expression, as well as photo-biology of light receptors that play a key role in control of circadian rhythms. He discovered that rhythmic, time of day-specific, gene expression is finely tuned to phase-specify metabolic activities in organisms and that post-transcriptional control plays a key role in circadian gene expression. Dr. Dasgupta is currently a post-doctoral fellow at Fred Hutchinson Cancer Research Center in the lab of Dr. Cyrus Ghajar.