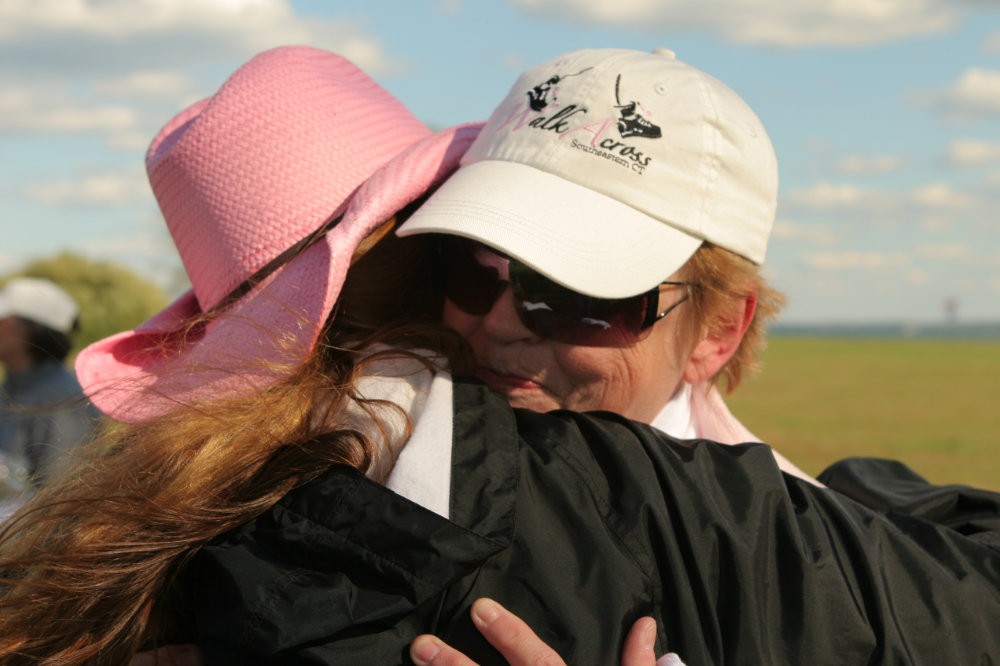 Melissa’s Story  … as told by her friend, Ann B

Melissa Babcock Johnson was diagnosed with stage II invasive ductal carcinoma — the most common type of breast cancer — in May 2015, a month before her 32nd birthday.   She had noticed a lump a few months earlier, but thought she was too young to have breast cancer. At an unrelated medical appointment, she mentioned it in an offhand manner to her doctor, who ordered a mammogram and ultrasound.

Several weeks later, at the end of April 2015, Melissa finally went to Lawrence + Memorial Hospital to get the exam done and recalls she wasn’t even nervous. She expected to hear that it was something benign and that she would be sent on her way.

But during the ultrasound, the technician and the doctor spent a long time looking at the screen and eventually told Melissa she had three enlarged lymph nodes and calcifications around the lump. That’s when she knew something was wrong.

A week later, Melissa, who was planning her wedding for the following October, went to Yale-New Haven Hospital for a needle biopsy and then met with a breast surgeon a few days later, who confirmed she had cancer. She saw a genetic counselor through Yale who tested her for BRCA gene mutations because of her young age, but she turned out not to have them.

On June 2, 2015, she had surgery to install a port and started chemotherapy the next day.

Melissa was already employed as a writer and an editor.

She had grown up in East Haddam and in 2005 graduated from the University of Connecticut with a degree in English and creative writing.

She was completely bald at her wedding but wore a wig that insurance reimbursed her for, thanks to a prescription for a “cranial prosthetic.” Her wedding was a dream, she says, followed four days later by a lumpectomy and the removal of nine lymph nodes.

A year later, she started work at The Day as an advertising proofreader. From there, she was promoted to an assistant editor of the Times weeklies in 2007, and began writing a monthly astronomy column for The Day in 2009 when previous astronomy columnist Don Treworgy passed away.

She would leave southeastern Connecticut for eight months in 2010 to live in Baltimore with a friend, but moved back in 2011and was hired by The Day’s sister company, Shore Publishing of Madison, in 2012, where she worked editing special publications.   After her diagnosis, Melissa began writing a second monthly column for The Day called Gemini with Cancer, detailing her situation and essentially taking readers along to her appointments and sharing her thought process along the way.   Melissa had her last chemo on Sept. 9 and got married on Oct. 17.

Melissa jokes that she and husband Travis Johnson spent their honeymoon in the Smilow Cancer Honeymoon Suite, but it was outpatient surgery and she recovered at home. In late January 2016, Melissa finished radiation, and is currently working to stay cancer-free.

“My goal in writing my columns and accepting the position as honorary Walk Across Southeastern Connecticut chair is to remind people that your 20s and 30s are unfortunately not too young to get breast cancer, and if you notice something unusual going on with your body, get it checked out as soon as possible,” she said.

“I also don’t want anyone going through this to feel like a freak or that they’re alone. I want them to know they can get through it. I’ve gotten a very positive response. A dozen or so readers emailed me or sent letters thanking me for my columns and sharing their own stories, and some offered advice,” said Melissa.

Today, Melissa and Travis live in New London.   On May 31, she started a new position back at The Day as a nighttime copy editor. In August, she will start a mostly online master of fine arts program in creative and professional writing through Western Connecticut State University in Danbury, where she plans to study feature writing and creative nonfiction.

In her spare time, Mel likes to read, write, play the violin (or fiddle depending on her mood, she said), travel, stargaze, visit Gillette Castle and Devil’s Hopyard state parks in her hometown, and spend time with her husband.