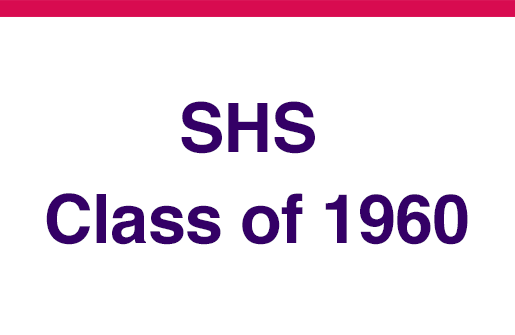 NORTH STONINGTON — In an emotional ceremony Thursday night in a packed banquet room at Lake of Isles Golf Club, Jeanie Herzog of Westerly and Marcie Brensilver of Stonington were named co-recipients of the prestigious Athena Award, making them the second pair of women to win the coveted award since the ceremony began here in 2003.

The award, sponsored by the Ocean Community Chamber of Commerce, typically recognizes one winner chosen for her or his notable work in community service, and demonstrated efforts to help women achieve leadership roles.

But with a field of nine candidates — eight women and one man — choosing one winner proved a difficult task for the judges.

Accompanied by thundering applause, the two award-winners approached the podium together and hugged, following a presentation by chamber president Lisa Konicki that included a video describing the attributes of each candidate.

Brensilver, a retired health educator and nurse and a founding member of the Terri Brodeur Breast Cancer Foundation, spoke first.

Reading from prepared remarks, Brensilver spoke about her path to community service and volunteerism.

“I was a nurse by education and a sex educator by happenstance,” said the married mother of two, who became the first paid sex educator in the state of Connecticut.

When she was a student nurse, she told the audience, she cared for a 19-year-old woman who eventually died from complications of an illegal abortion.

“I swore at that time that if I could ever prevent that from happening again, I had to,” she said.

Brensilver, who has raised more than $100,000 — the most money of any walker or organization since the founding of the Brodeur foundation — invited people to walk with her in next year’s fundraising walk.

Herzog, the director of development at the WARM Center, who worked at the Jonnycake Center for close to seven years and launched the center’s SPLASH program while working as case manager, fought back tears as she took the podium.

“I didn’t write anything because I did not think I would win,” she said. “I’m honored to have been selected … and to be here with all these women and their gifts and intelligence.”

“I want to thank Liz and Russ who took a chance on me,” said the mother of two, referring to Liz Paqualini of the Jonnycake Center and Russ Partridge of the WARM Center.

Herzog, who suffered a stroke two days after her 40th birthday and had to learn to walk and talk again — all while raising two boys as a single mom — was forced to rely on social service organizations to help her through the rough patch.

“I love you my WARM Center colleagues,” she said. “I just wanted the world to be better for my sons. They are my greatest inspiration.”

“She is my inspiration,” said Herzog’s son, Samuel McQuiggan, who accompanied his mother to the ceremony. “It’s incredible to be here, considering we came to this town with nothing.”

“I just don’t know what to say,” said Herzog, holding the Athena statue and looking nonplussed. “You try to make life a little better for your kids, and sometimes, in the process, you help others.”

The Athena Award is given each year to a local person who helps women realize their full potential, demonstrates excellence, creativity and initiative in their profession or business and who provides valuable service by contributing time and energy to improve the quality of life for others in the community.

The Athena Award was founded in 1982 in Lansing, Mich., to recognize outstanding business and professional women in the community and create leadership opportunities for women.

In addition to the winner of the Athena competition, scholarships are awarded to young women, including two $500 scholarships from Jan Chamberlain of First Physical Therapy and the fourth annual Falguni Hauser Scholarship.