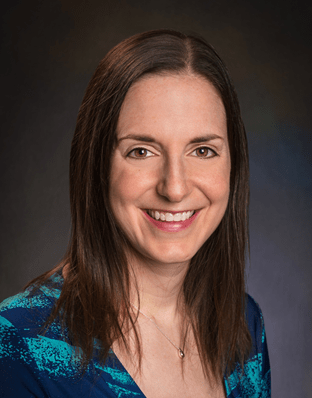 Adrienne Waks, MD was a junior researcher in 2018 at Dana-Farber Cancer Institute in Boston when she received a $100,000 grant from the Terri Brodeur Breast Cancer Foundation to support a trial that aimed to reduce the amount of chemotherapy necessary to treat certain breast cancer patients. It also would gauge how receptive doctors and patients would be to participate in an experimental regime that would achieve a cure using less toxic treatments.

It was the first grant Dr. Waks ever received, and she said the investment from the Brodeur Foundation affirmed the importance of her research at a critical time in her career as a physician-scientist.

“Terri Brodeur (foundation) signed on early and believed in me,” the oncologist, who is on staff at the Breast Cancer Center at Dana-Farber, said during a telephone interview. “It was so validating and motivating.”

She was one of three researchers who were awarded grants from the Brodeur Foundation in 2018.

In December, Dr. Waks presented the exciting findings of her Terri Brodeur-funded research during a Spotlight Poster Discussion at the annual San Antonio Breast Cancer Symposium, which was held virtually due to the pandemic. She is now writing a manuscript which will be submitted for peer review. The findings will be expanded in a larger, national trial.

Dr. Waks’ project, which was approved by the foundation’s Scientific Advisory Board, focused on patients with non-metastatic, HER2+ breast cancer, which comprises about one-fifth of all breast cancers. Patients were treated before surgery with a chemotherapy drug and two anti-HER2 antibody therapies. Post-surgery, those with all cancer eradicated from both breast and lymph nodes (known as “pathologic complete response”) received further HER2-targeted treatment without any additional chemotherapy agents, i.e., reducing the number of toxic chemotherapy medicines that some patients must receive.

The overarching goal of Dr. Waks’ trial, which is a precursor to the recently initiated larger national trial investigating the same approach, was to help develop treatments for HER2+ breast cancer that are highly effective but also minimize side effects. Other goals included assessing the willingness of patients and doctors to adhere to the novel treatment approach and to understand patients’ and doctors’ attitudes about including or omitting post-surgery chemotherapy.

The study found that the “de-escalation” of chemotherapy drugs for patients with pathologic complete response is an acceptable treatment approach for doctors and patients. There were no breast cancer recurrences in brief follow-ups with patients.

Further research is needed, Dr. Waks said, to find out which patients can be cured with less intensive chemotherapy drugs and thereby avoid toxic side effects from treatment. But Dr. Waks’ trial, with funding from Terri Brodeur, established that this approach is acceptable to both doctors and patients.

“We were thrilled with how quickly patients enrolled in the trial,” she said, adding that her small-scale project has provided helpful context for expanding the trial.

Dr. Waks applied for the Brodeur grant at the urging of Dana-Farber colleagues who had received support from the foundation early in their own careers, – including Dr. Heather Parsons who received a grant in 2017, and Dr. Daniel Stover who received a 2016 grant. The Brodeur funding was the first grant Dr. Waks received and she said she would always remember it fondly.

“I personally, wholeheartedly and repeatedly thank Terri Brodeur,” she said.

“The Terri Brodeur Breast Cancer Foundation has been a tremendous supporter of the breast cancer research conducted by our exceptional early career investigators since 2007. With the foundation’s steadfast partnership, incredible strides have been made toward discovering ways to better detect and treat breast cancer,” Dr. Winer said in a statement to the foundation. “Dr. Waks’ de-escalation study is just one example of the groundbreaking work that was launched due in part to Terri Brodeur’s support, and we remain appreciative to the foundation for its dedication to identifying better treatments to combat breast cancer.”

The study received the bulk of its funding from the Breast Cancer Research Foundation.  A Susan G. Komen For the Cure Grant also went to a member of the team, Dr. Elizabeth A. Mittendorf.

Dr. Waks completed her undergraduate degree at Princeton University, earned a medical degree from Harvard Medical School and completed her residency training in internal medicine at Brigham and Women’s Hospital. She was raised in Watertown, Mass., and chose to stay local. She lives in nearby Newton with her husband and two small children.

She said the biology and science surrounding cancer drew her to the field. And the mentors she encountered along the way also pulled her in. They were kind and caring to their patients and nurturing to younger doctors, she said.

“Thanks to the generous support of the Terri Brodeur Breast Cancer Foundation, I hope we can continue to positively impact the treatments available to breast cancer patients for years to come,” said Dr. Waks.