September 27, 2016 So many people to thank for making this Ocean Community YMCA triathlon one to remember, from teammates who were ALWAYS by my side, family and friends who support me in more ways than I can put to words, and of course all of you. I’m sure other patients sitting around me at chemo last year probably thought I was nuts hearing Terry, Marie, Polly and I talk about how I, the person sitting in the recliner being pumped full of poison, was going to do all 6 of these races this year. Ok, I admit, I kind of thought I was a little nuts too. It was this goal, that helped me to realize that I could do all 6 of these races and when I found out that my surgery was cancelled on August 30 because my cancer has returned, I quickly started to search the race calendars for a race I could pick up. So what was 6 now became 7 races for the 2016 season. 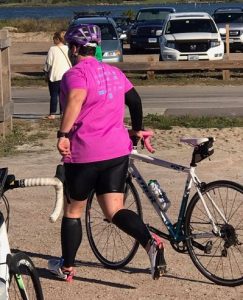 If you had asked me a year ago if I was going to be able to race this year, I would have told you “I don’t know, but I am certainly going to TRI”. As a college athlete, I learned that visualizing yourself doing something before you do it, will help your muscle memory to do what you have trained it to do. I am going to be completely honest with you that since April 28, 2015 (the day I was diagnosed with cancer), I haven’t been able to visualize anything further than an hour in the future. This was very concerning to me. Why couldn’t I visualize myself in a week from now, a month from now, a year from now, etc. in the world of triathlon training, one should be able to plan out there next three months of training and know exactly what they bodies expectations are. I couldn’t do this and it is only evident to me now, that I couldn’t do that because I had never had to start training for not only one triathlon but six, all from scratch. I had gained 50 pounds of extra weight due to the steroids from chemotherapy. I had lost muscle tone from being in bed for almost two months from side effects from chemotherapy, followed by an eight week recovery from surgery, to 7 weeks of daily radiation.

I was weak, tired, in pain, short of breath, and overweight. That didn’t matter anymore. I was given a second chance at life and I knew exactly what I was going to do with it. I got up each day and told myself, if my teammates are still out there Tri-ing, then I have no excuse to not be there by their side. I went to as many training sessions as I could. I set small goals to help me achieve my overall goal of setting out to complete the same 6 triathlons that I had set out to do in 2015 but was sidelined due to cancer. I decided that cancer was no longer going to tell me what I can and cannot do. 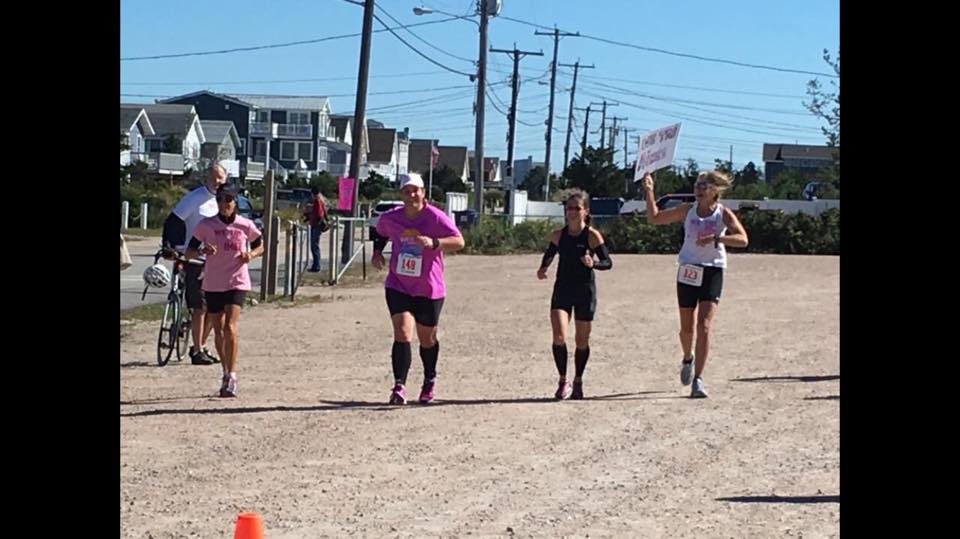 Two years ago, I could tell you what my personal record for a sprint triathlon was down to the seconds. I was always trying to learn techniques to make myself faster. I had a running analysis done, attended conferences, read training books, had two amazing coaches at the Ocean Community YMCA, attended a swimming clinic, and was provided a personal training plan by Karen Smyers (Ironman coach), and improved my nutrition and overall wellness by becoming a Beachbody coach.

Reflecting back at the 2016 season, I can honestly tell you that I have no idea what my times were. I know that I have improved and became stronger based on my endurance and how I felt doing the races. I know without a doubt, that I would not have been able to do what I did this season without all of you to continue to encourage and inspire me to keep going. I have always replied to the question “why do you do triathlons?”, and my answer has always been simply “because I can”. 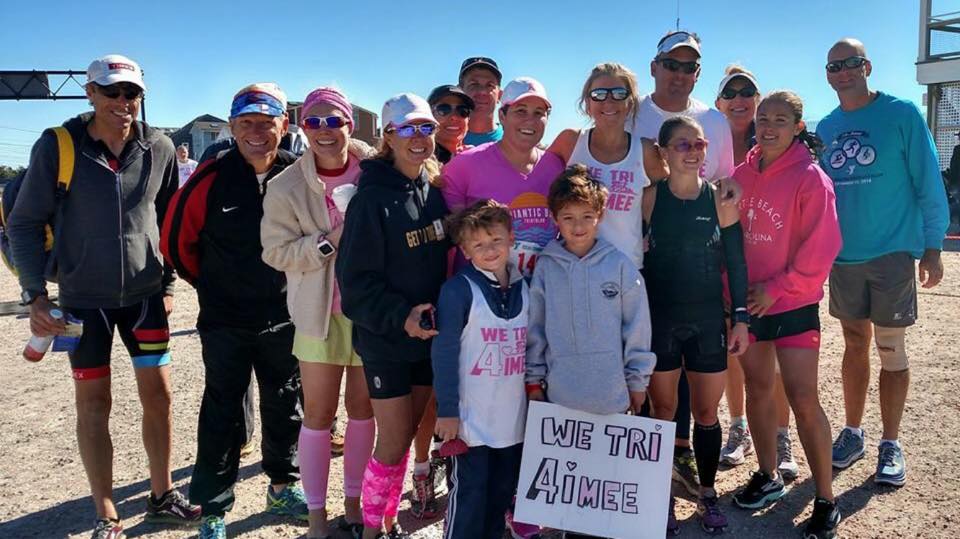 I can’t believe this season has come to an end. I am already looking forward to training this fall with my teammates and hopefully maintain if not improve my stamina and endurance through this next phase in my cancer journey. Many thanks to all of the race committees, Ocean Community YMCA (Mystic and Westerly), TRI Mom Productions (Kathy), Hartford Marathon (Niantic Bay Triathlon), and FIRMMAN (Narragansett Sprint). Many thanks to all of their volunteers as well.
#weTRI4Aimee #keepsmiling