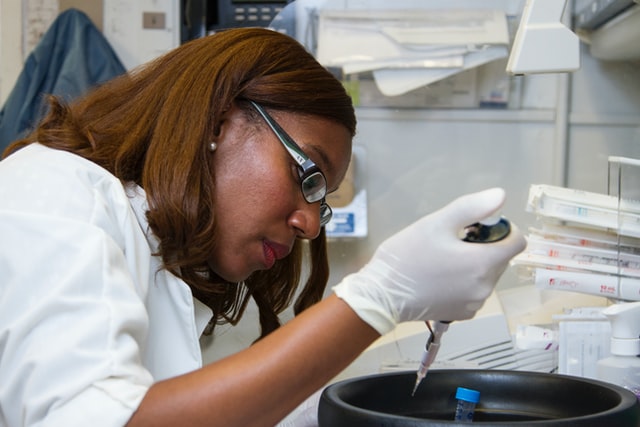 Julie Victoria was a “pink fairy” for three years, offering food, drinks and encouragement to the hundreds of walkers who turned out annually for the Terri Brodeur Breast Cancer Foundation Walk Across Southeastern Connecticut — the premier fundraising event for the New London-based foundation. She also walked the quarter marathon five times, raising hundreds of dollars.

So when COVID-19 restrictions hit and the 15th annual walk became “virtual” and she could walk anytime, anywhere, Victoria laced up her sneakers, grabbed a friend and the two walked the 7.2-mile round trip across the Hudson River on the old Tappan Zee Bridge in New York, now called the Mario M. Cuomo Bridge.

The cause was too important to let something like a global pandemic stop her from walking a quarter marathon and raising money for the Brodeur foundation and breast cancer research.

“We have to beat this,” said Victoria, who lives in Andover and has friends and relatives in southeastern Connecticut.

The Brodeur foundation was established by Norma Logan and Sandy Maniscalco, two friends who worked at Pfizer Inc. Logan, who died of breast cancer in 2006, wanted to create an organization that would funnel all of its fundraising dollars into research. She had helped raise money for other breast cancer groups but was discouraged when she learned how little actually went to research.

Logan gathered a core group of friends and family and created the Terri Brodeur Breast Cancer Foundation. She named it after another friend, a young mother of three from Old Saybrook who died in 2005 after a two-year battle with breast cancer. The goal was to direct 100 percent of fundraising dollars to research and distribute grants to young scientists focusing on breast cancer.

Since its inception, the foundation has awarded nearly $5 million to 48 researchers who are on the frontline of breast cancer research and are seeking cures and better treatment options.

“This is a trustworthy organization,” he said. “Any score of 75 or above we recommend you can give with confidence.”

The foundation hopes to raise enough this year to give out three or four $100,000 grants.

“The list of researchers who have received the TBBCF fellowships is pretty impressive,” said John LaMattina, a founding member, past board president, and former president of Pfizer Global Research and Development.

Whether they are building models of cancer cells on computer screens or breaking down genes to see why cancer cells multiply, the doctors, scientists and researchers are among an army of people forging ahead to find a cure for breast cancer. And those researchers, mostly young and starting out in their careers, have been chipping away at the mysteries of breast cancer and making advances in detection, treatment and cures.

Dr. Olga Anczukow, a 2013 TBBCF grant recipient, now works at Jackson Laboratory for Genomic Medicine and the University of Connecticut Health Center in Farmington. The work of Anczukow and her team from UConn Health, the Jackson Laboratory, Envisagenics and Cold Spring Harbor Laboratory was published Nov. 26, 2019, in “Cell Reports.” The team identified splicing factor genes that direct cellular changes that may play a role in converting normal breast cells into tumors. The splicing, or coding that tells a cell what to do, gives the wrong message to breast cancer cells, causing them to multiply.

Dr. Aaron Meyer, an assistant professor in the Department of Bioengineering at UCLA, was at Massachusetts Institute of Technology in 2017 when he received a TBBCF grant to study breast cancer that metastasized to the brain. In the lab, he creates computational models and runs experiments with those models looking at how the cells react and respond to therapies.

Dr. Priscilla Brastianos of the Central Nervous System Metastasis Center at Mass General, Harvard University in Boston, was a young researcher when she received a $100,000 grant from TBBCF in 2012 to study advanced breast cancers at risk of developing metastatic disease to the brain.

“Pretty much all of our fellows have gone on to scientific careers with a number of them breast cancer oncologists and others doing breast cancer research,” LaMattina said. “A couple have gone into big positions in biotech and we even have a senior editor at Nature Medicine. Our list has an international flavor in that two have gone back to their native country, so the TBBCF is impacting breast cancer patients from around the globe.”

Each year, the foundation’s scientific advisory board reviews applications and research proposals and selects three to four recipients. The researchers’ names, hospital or research facility affiliation and fields of study are on www.TBBCF.org

“Our support has a lot to do with the fact we give 100 percent to research,” said Amy Caster, director of development and outreach. “Our participants are very aware of the benefit of research.”

The foundation, overseen by a 16-member board, raises about $300,000 annually from the walk and other promotional events to fund research grants. According to its website, the goal is to keep the operating expense ratio less than 15 percent. In 2019, the ratio was 12 percent. Operating expenses are covered by sponsorship donations and in-kind services and volunteers, not by money donated for research.

Victoria, who crossed the Cuomo bridge in honor of her late father-in-law who was a metallurgist and watched the ongoing construction of the bridge until he died in 2016, walked her first fundraiser with Aimee Reed, a young woman from Stonington who was battling breast cancer at the time. Reed was 34 when she died in 2018.

“Aimee walked with us and she was amazing. She was suffering but she was so strong,” Victoria said. “We first walked in her honor, and now in her memory.”

It is that kind of dedication the foundation’s board of directors were aware of when they voted last May to cancel the annual walk held the first Saturday in October. Because of the threat of COVID-19, the board decided a “virtual event” would be safer. The “Walk Across Southeastern Connecticut,” which draws 300-400 walkers, and many more volunteers who provide sustenance and encouragement along the 26.2-mile route from Old Saybrook to Harkness State Park in Waterford, was replaced with “Virtual Miles to Cure Breast Cancer.”

“When we made the decision to go virtual, we said as a board, this might not work,” said Patti Burmahl, board president.

But so far, organizers have been pleasantly surprised.

To date, 293 people have registered to walk and registration is open until the end of October, according to Kate Davis, the walk chair. Last year 401 walkers signed up for the walk. In 2018 it was 300, and in 2017 it was 365. The 2020 walkers are not just people from southeastern Connecticut. Across New England and the United States, people signed up for the virtual walk. Participants have until the end of the year to fulfill their fundraising requirements.

“It’s exciting. There are a hundred first time walkers and part of that is the virtual aspect,” Burmahl said. “I think it’s cool we have walkers in California, Maine and Florida join us. It’s very exciting.”

Many of the walkers say it is the foundation’s commitment to research that keeps them coming back year after years.

“So many women I care about have fought the battle of breast cancer and I don’t want to see any more have to go through it. Raising money that goes 100 percent toward research is so gratifying,” Toby Ladd wrote in a “Walker Spotlight” promotion on TBBCF Instagram page. “I’ve made so many great friends in my ten years participating and recruited others to walk for the cause! TBBCF will always hold a piece of my heart.”

Ladd’s sentiments were echoed by many who wrote about their involvement with the organization.

At the last foundation annual meeting last year, Michael Garabedian, a professor and course director at New York University Medical Center and a founding member of the foundation and its scientific advisory board, encouraged donors to continue to support the research, no matter how slow it seems to be going.

“There’s lots of good science that has come forward because of the foundation,” Garabedian said during the 2019 annual meeting, explaining that the body is like a complicated machine. “We haven’t cured breast cancer yet because we don’t know all the parts, but it will happen.”

Kathleen Edgecomb is a former reporter and editor at The Day and a breast cancer survivor who performs occasional community relations for the foundation.