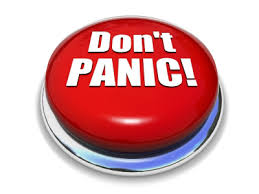 ‘Scanxiety’ is a term well known in the cancer patient world as the anxiety caused by scans. You will likely never hear the term used by a medical doctor, as this term has not been medically approved. To a cancer patient though, they know the term all too well, as the feelings associated with scans both before and after a test (before results are revealed). These feelings can range from fear, anger, impulsivity, worry, and depression.

‘Scanxiety’ has been in full force for me these past few days and will likely continue through Friday September 1, 2017 when I go to see Dr. Silber at Yale for the results of the CT-Scan scheduled for August 30. Already I have been contemplating what the results could mean for me in the future. At this stage in the game, I am at a point where the results of a scan could potentially reveal a lack of treatment effectiveness or disease progression. Both are scary places in my mind; but through the years, I have come to some solutions to dealing with the stress of ‘scanxiety’. 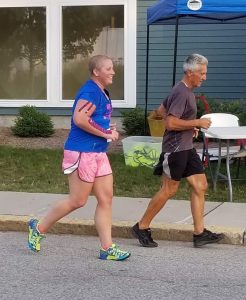 First, I found that staying busy with physical activity is the best thing for coping with the side effects of ‘scanxiety’. When I realized on Friday that I was starting to feel the effects of knowing a scan was in the near future, I immediately went into protective action mode. I needed a busy schedule and knew exactly how to execute it. I had been planning all summer to run the 20th Annual Roger Schonning 5K in Westerly, RI but had slacked on doing pre-registration. I made plans with my niece and nephews to go to the event with intentions of the kids running the kids fun run (1 loop around the Wilcox Park). Kaitlynn (13), Ryan (8), and Kyle (6), have never run an organized race in their life. This was the perfect way to introduce them to the excitement of running in community events. However, Kaitlynn and Kyle were showing interest in running the 5k, so I made the executive decision that all of us would run the 5k distance. Ryan was not so enthusiastic about this decision, but he ended up beating us all! Kyle, being the youngest, was expected to tire out; but he told me after the race that he remembered what his karate sensei told him….“never give up”, and that is what got him to the finish line. 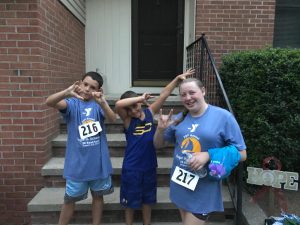 The Schonning 5k was the perfect setup for an active weekend. I finished the night with my niece and nephews swimming in the pool and watching “America’s Got Talent”. I was certainly tired but knew I needed more to get me through the weekend. Saturday started with hanging out with Ryan and Kyle at their friend’s birthday party. After babysitting, I did a little retail therapy and bought myself new socks to help with the blister situation on my feet. We hosted a small cookout at my house with my Grandparents for dinner and then, on a whim, I decided that Sunday I was going to do a triathlon. After a quick search on the Internet, I discovered that there was a sprint triathlon in Lincoln, Rhode Island; so I registered and packed my equipment. I have never done TRI-Lincoln (.25 mile swim, 10.5 mile bike, 2.6 mile run) before but after researching it a little online, I was excited for this race. I didn’t know anyone else who was doing or had done this race, so I knew that I had to be confident in myself to finish. I arrived early on Sunday morning at Lincoln Woods State Park and did my usual routine of picking up my packet and organizing my transition area. I was calm and excited to try a new race route. After warming up with a short swim, I was ready, waiting on the beach for the start signal. I was a little worried that I would be in the back of the pack, as there were not many athletes in attendance. It seemed that half of the athletes were coast guard academy cadets. They looked so young and fit. Once the start signal went off, I was in complete race mode, nothing else was on my mind other than swimming, biking and running. When I came across the finish line, I was very happy with my performance, as I had really pushed myself to do my best. I knew the course was short so I wanted to leave it all out there, and that I did.

After the race I was sitting under a tree applauding all of the athletes who placed in their respective divisions. Then for the first time this season, I heard them announce my name for first place in my division (Athena- women who weigh 165 pounds or more). After reviewing the results I realized I would have also placed second in my age group. After comparing my race results to similarly-distanced races, this is a PR (Personal Record) this season for me with an overall finish time of 1:42:02. I am extremely proud of myself for getting out there and racing to my full potential.

The rest of the day was spent cleaning and putting my gear away. I squeezed in a quick trip to the Tanger Outlets where I purchased a compression tank top from Under Armour for my lymphedema followed by a family fun night of dinner and swimming at my sister’s house. As much as my Sunday was filled with physical exertion and staying busy, I still found it difficult to fall asleep that night. I tossed and turned and woke multiple times throughout the night, and the only thing I could attribute it to was the ‘scanxiety’. I have been having a lot of thoughts about if a particular event, race, gathering will be the last time I experience any of them. Having had these thoughts before, I remind myself that nothing is ever certain. Whether it is life or death, no one can ever be sure of when things might happen. So, for the moment, I recognize that I have ‘scanxiety’ and that all I know for certain is that I will have the CT-Scan on Wednesday and will have the results by Friday. At this moment I can’t even think past Friday, as it is all unknown.