Co-Founder of TBBCF taking a step back 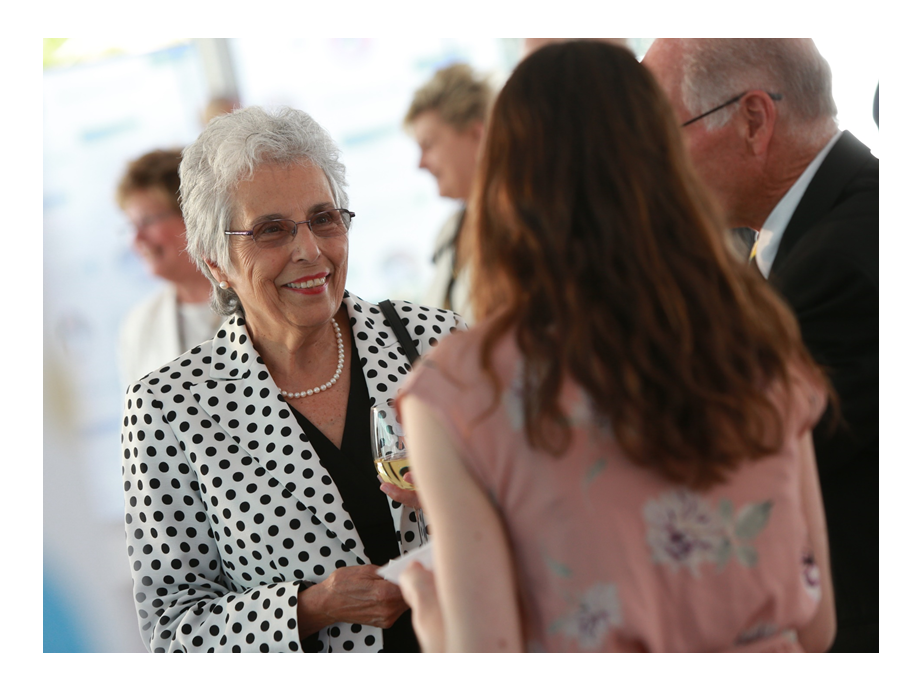 Sandy Maniscalco is giving up most day-to-day duties, will remain on board

If you have a question about any aspect of the Terri Brodeur Breast Cancer Foundation, there’s  one person who most likely knows the answer — Sandy Maniscalco. She’s recruited sponsors and volunteers, organized fundraisers, met with organizations to promote TBBCF and even walked the annual marathon several times raising thousands and thousands of dollars herself.

After nearly 14 years with TBBCF, several of them as the executive director, Maniscalco, the co-founder, is ready to take a less active role in the New London-based non-profit that has raised $4.4 million for cancer research. She will give up most of her duties in the daily operations of TBBCF but will remain on the Board of Directors.

“I never intended to be here this long,’” she said, adding that at 77, she’s finally decided it is  time to slow down. She and her husband Phil have a bucket list of activities to work on, including spending more time with their extended families and traveling across the United States visiting presidential libraries.

John LaMattina, a founding member and president of the board, said the organization would not have survived as long as it has, and would not have been as successful, if not for Maniscalco’s hard work and dedication.

“She is the heart and soul of TBBCF,” he said. “Thankfully, she will remain on the board so that her knowledge will remain with the organization. But she will be missed.”

Maniscalco said one of her favorite things about being involved with TBBCF has been seeing volunteers become leaders.

“It’s most rewarding, watching how people are just so giving of themselves,” she said.

Maniscalco said it was easy back in 2005 to join her friend and co-worker at Pfizer Inc ., Norma Logan, who wanted to start a new organization that would funnel 100 percent of fundraising dollars directly to researchers.

“Norma was a formidable force,” Maniscalco said of her friend, who was diagnosed with stage 4 breast cancer when she started TBBCF and died six months later in 2006. “We all would have followed Norma to the end of the earth.”

Logan was appalled at the amount of fundraising dollars at various charities that went to administrative costs rather than directly to helping those diagnosed with breast cancer. Logan drew up a business model that outlined how the new organization would operate, where the money would come from and how it would be spent.

Maniscalco was to be the director for a year or two, and the plan was to find grant money to hire an executive director. Maniscalco said her friend had a “brilliant vision” and recruited an array of her Pfizer co-workers who brought their organizing skills, medical and research expertise.

The promise to send all donations to research continues to draw walkers, sponsors, volunteers and donors.

“The core group of board of directors and scientific advisory board members was all picked by Norma,” Maniscalco said. “That aside, I knew Norma would die … we talked about that … and I think she saw me as her main missionary … so I have never taken that lightly, and I have always felt the need to carry on with that mission until it could safely be handed to someone else who ‘believed.”’

TBBCF is named after Terri Brodeur, a young mother of three from Old Saybrook who died of breast cancer in 2005.

In addition to staying on the board where she will serve as chair of the website committee, Maniscalco will also oversee website content on TBBCF.org and e-marketing. All her other duties will be delegated to volunteers and new staff. 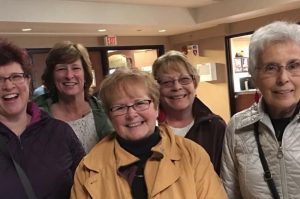 “One thing that gives me great confidence is the fact that the foundation has Kate Davis at the helm running operations and our signature fundraiser,” Maniscalco said. “What I learned with Kate was you can train someone to be the ‘go-to person.’ I will always be available to teach someone … in fact I feel I had great success in transitioning some of my responsibilities.”

In addition to Kate Davis, who is director of operations and walk chair taking other duties once held by Maniscalco, is Deb Gillig, now in charge of events and promotions; Gabby Tudisca, website content management; and Gabby Gualtieri, outreach assistant to the scientific advisory board.

Maniscalco also gave a shout-out to Pat Newborg and Ellen Swercewski, who are members of the Board of Directors and have become good friends over the years.

“I could never have done this job all these years without Ellen and Pat,” she said. 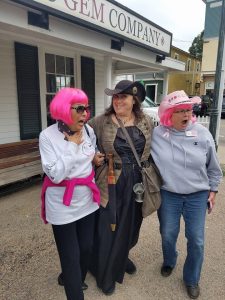 “Sandy is a woman of passion and vision,” Swercewski said. “That is what I’ve always admired about her. She envisions what can bring success to a project, and with her passion and guidance, enlist people to bring it to fruition. And she does it over and over again. Her commitment to Norma Logan’s vision as co-founder of TBBCF with Norma continues more than 14 years later.”

Pat Newborg first met Mansicalco in 1992 when she started working at Pfizer and she was a co-chair of the first Walk Across Southeastern Connecticut marathon. She said Maniscalco is a patient and kind teacher who always provides guidance and encouragement. And is always thinking “what is best for TBBCF,” she said.

“Sandy is always working. Even when she says she’s not, she is,’ Newborg said. “Rest is not in her vocabulary. We have become great friends and I love her dearly.”

While there is no cure for breast cancer yet, there have been tremendous successes in identifying certain types of tumors and how they are treated. The goal, Maniscalco said, is to continue to help the public understand how important TBBCF is.

“I think people believe breast cancer issues have been solved,” she said. “They haven’t, so we have to continue raising money to support research, ideally for a cure but more importantly for more humane treatment of the disease. Many of our young researchers believe that too.”

She hopes TBBCF continues to grow and that young people will get more involved. She set up a college internship program that provides credits to the students and a younger voice and new ideas to TBBCF.

Every year, the organization has raised more than $300,000 through its signature event, a marathon Walk Across Southeastern Connecticut and other volunteer led fundraising, and awarded at least three $100,000 research grants. In 2018, and a few other years, TBBCF has raised enough money to award four $100,000 grants.

“I’m optimistic that we can grow our signature event with a goal of $500,000 a year … that is five research grants,” Maniscalco said. “But the truth is, even if we continue on the same path, our contribution to supporting breast cancer is critical.”