Dr. Garabedian will give update on researchers

A founding member of Terri Brodeur Breast Cancer Foundation’s Scientific Advisory Board will be the keynote speaker at the 13th annual meeting June 18, 2019, in East Lyme. 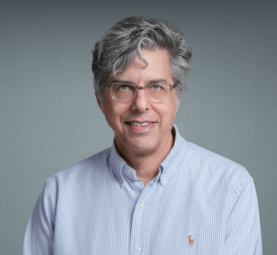 Michael Garabedian, PhD, professor and course director at New York University Medical Center, will talk about the importance of continued funding for cancer research. He will also highlight some of the researchers who have received TBBCF grants and are looking for a cure and discovering less invasive and more targeted treatments for those diagnosed with breast cancer.

“Our recipients are doing fabulous work,” he said. “Most have used the money well and gone into further research.”

Several grant recipients have had their research published in prestigious journals and have acknowledged TBBCF support, including a first-author article published in Science by Jean Albrengues at the Mikala Egeblad Lab at Cold Springs Harbor, New York and a paper in eLife by Ji Li who works out of the Hahn Lab at Dana Farber Cancer Institute in Boston. Albrengues is a 2016 grant recipient, and Li received a grant in 2017. Adrienne Waks, who also works at Dana Farber and is a 2018 grant recipient, has an article in the monthly peer-reviewed journal JAMA, published by the American Medical Association. 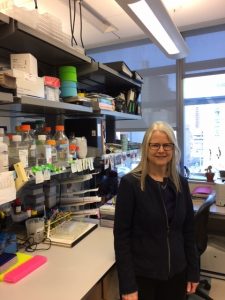 “There’s lots of good science that has come forward because of the foundation,” Garabedian said, explaining that the body is like a complicated machine. “We haven’t cured breast cancer yet because we don’t know all the parts, but it will happen.

“Finding a cure has been slow,” he said. “And no one likes that, including the scientists.”

Garabedian, and his wife Susan Logan, PhD and associate professor at NYU Medical School, are on the five-member Scientific Advisory Board which reviews 25-30 grant applications a year. The foundation awards three or four $100,000 grants annually to young researchers, based on the advisory board’s recommendations.