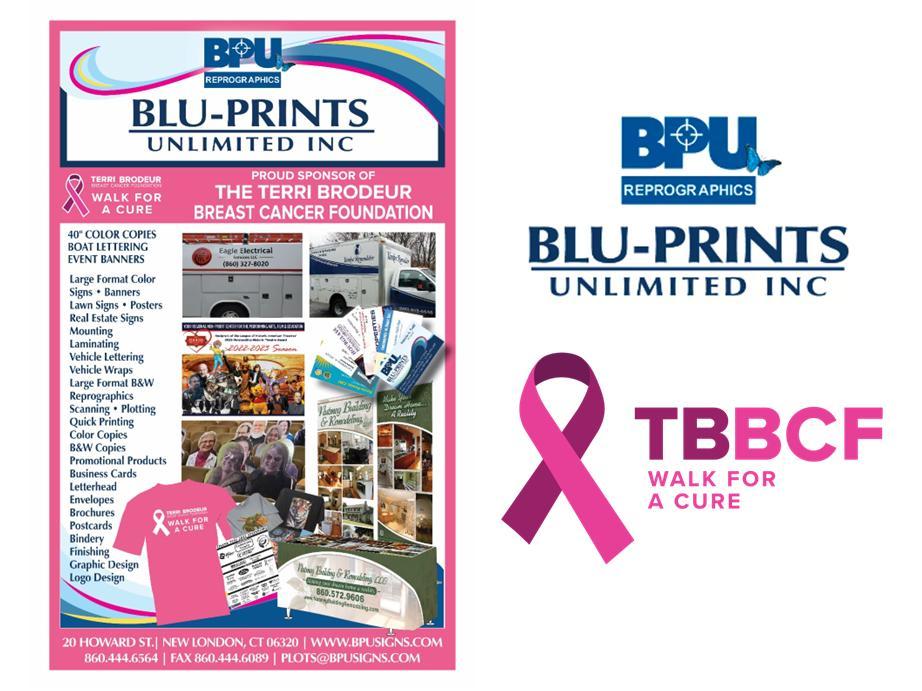 For Patricia A. Todd, giving back to the community is as important as having a successful business. 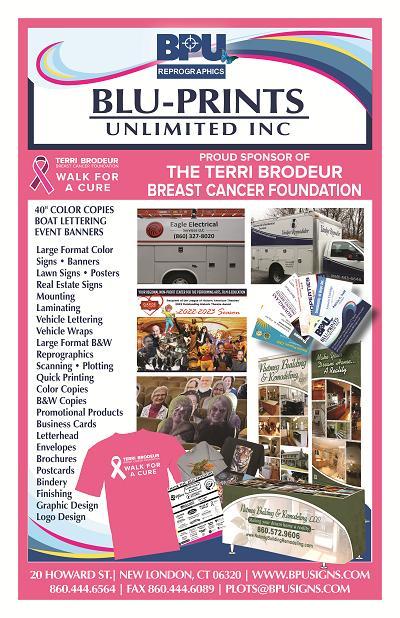 Since 2007, Todd has raised thousands of dollars for the Terri Brodeur Breast Cancer Foundation – walking in the annual marathon with her BluPrint’s walk team, and generously donating her expertise in printing to create T-shirts, signs, brochures, business cards and banners. She also served on the foundation’s board of directors for five years.

“I started this business 40 years ago,” Todd said of the New London-based, woman-owned Blu-Print Unlimited Inc. printing company. “I’ve done it long enough that I can afford to help non-profits out.”

Todd, who has faced her own battles with cancer twice – breast and melanoma – has also had others she’s loved die from cancer.

Todd became involved with the foundation after volunteering with Donna Yother, another deeply dedicated supporter of TBBCF, for a different fund-raising organization. They didn’t like the amount of money that went to overhead to support the organization and then they learned of the Brodeur Foundation and its mission of dedicating 100 percent of fundraising dollars directly to breast cancer research.

“It’s just a wonderful organization filled with wonderful, passionate people,” she said. “It’s such a joy to work with them. And I have made some forever friends.”

She is a Diamond Sponsor of the foundation, which means she has donated $5,000 this year. Over the years, she has contributed in cash, as well as goods and services, around $85,000.

In addition to the generosity to the Brodeur Foundation, Todd helps other nonprofits, including the Garde Arts Center, Community of Hope, New London Homeless Hospitality Center, The Light House, and Kiwanis Club of New London.

She said she plans to continue supporting the foundation – creating signs and banners and mile-markers for the annual walk – and other charities.