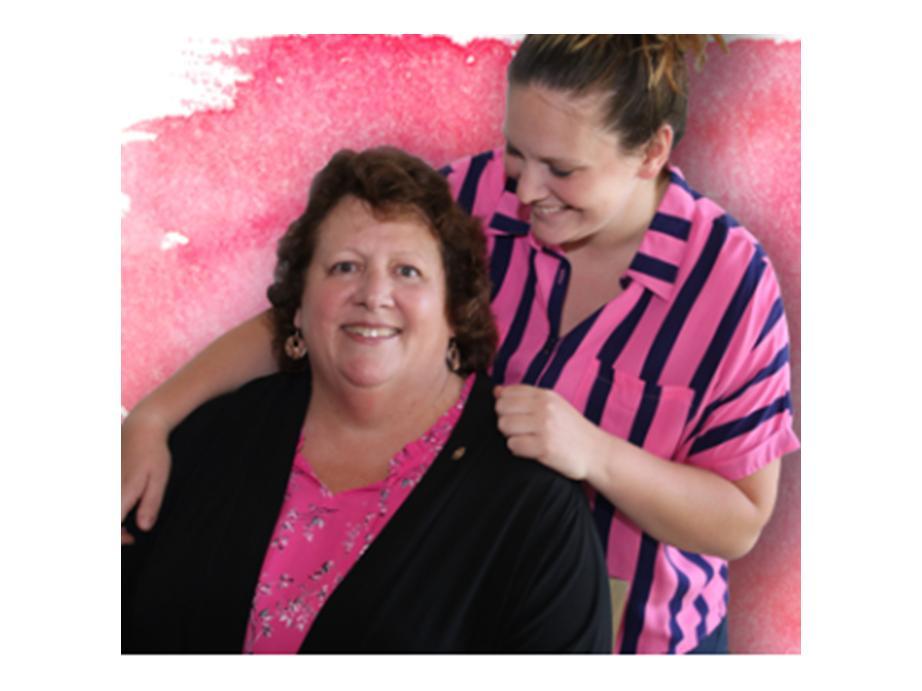 It was just about a year ago when Anne Ogden began a journey that, unfortunately, statistics show one in eight women will experience in the course of their lifetime.

After the 2019 honorary chair of the Terri Brodeur Breast Cancer Foundation Walk Across Southeastern Connecticut was diagnosed with breast cancer in December 2018, she grappled with her new reality. Should she share her journey? How much info is too much? Does anyone really care about her story?

The answer to all those questions was yes.

As Ogden navigated her treatment, she shared milestones on social media tagging her posts #MyUnexpectedJourney2019. She posted pictures of flowers and sunsets, uplifting sayings, and articles and essays with the aim of helping others through their own journey. In October she walked the foundation’s 5K at Camp Harkness and brought her extended family along for the ride. She named her team Anne’s Angels and made up yellow T-shirts. She raised nearly $2,000 that will go directly to breast cancer research. A group she belongs to, the Eastern Connecticut Association of Realtors, raised $10,000 for the foundation.

When she went to the podium during closing ceremonies of the 14th annual walk, Ogden was filled with that emotion.

“My cancer experience turned my life into a series of appreciating moments, being aware and seeing what’s around me became a new and constantly changing lens for my life … Believe me, we all find a way to get through each phase. Along the way, there are feelings of sadness, isolation, confusion, and even anger as you face each day because it’s a grieving process for what was and an adaptation to what is, no matter how the pendulum swings,” she said. “When the foundation first asked me to be the face of the walk, I thought, ‘how can I be of any help?’ Then when I met with the committee and thought about the friends that I have already helped, I knew I could make a difference.”

Ogden said the foundation gave her an opportunity to help others be more aware, and thankful for what they have. It’s been worth it if anyone has gotten a mammogram or gone to the doctors after reading any of her blogs, she said. And she hopes people are taking a moment to see the flowers on the side of the road, or stop to watch the sun set, or spend some extra time with family.

“Cancer puts your whole life into perspective,” she said.

This past year, in addition to her duties as honorary chair, Ogden became a grandmother twice and helped her daughter and her family move back to the area. There have been medical setbacks in the family, but all is well now, she said. She’s continued to work at Total Mortgage Services and kept up with taking pictures at community events as owner of Lighthouse Reflection Photography.

As for her own health, she is doing well, although tired. She is cancer free, taking tamoxifen to prevent a recurrence and getting regular check-ups. But there are daily struggles to deal with continued treatment and the side effects. The fear of a recurrence is very real and thought about each day, she said.

She is also learning to say “no” more often and focus more on herself.

“People say, oh you’re cancer free,” she said, as if that means everything is back to normal. “But it’s never going to be like before. Your mind is different. Your whole outlook is different.”