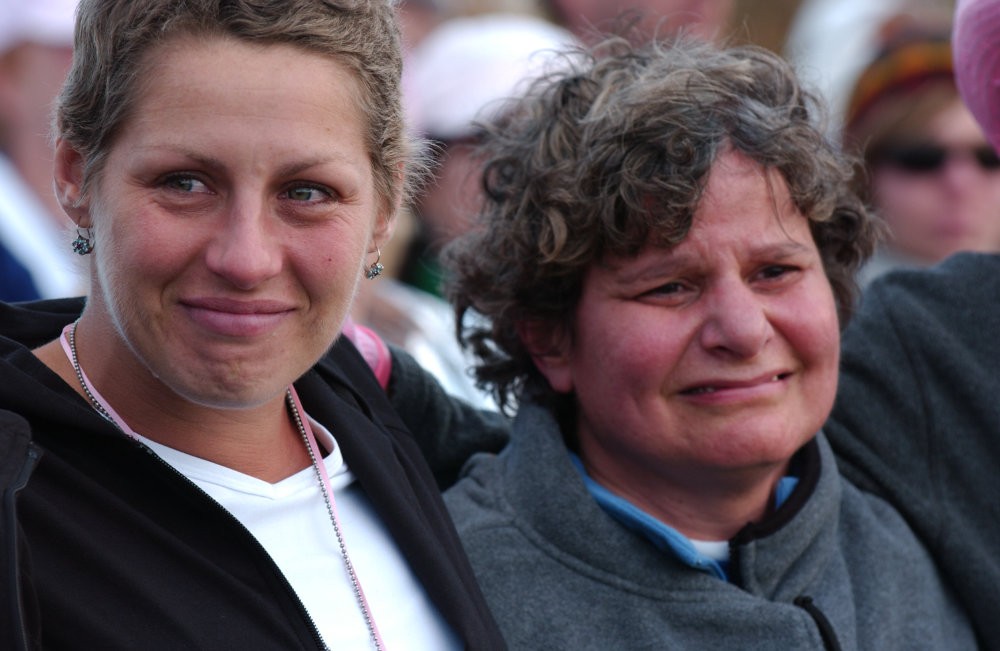 These post-treatment days are golden. My energy has come roaring back. Chemo-induced neuropathy lingers a bit in my feet, but I bought some new clothes and wore jeans and heels instead of yoga pants and slippers in public for the first time in nearly a year. Of course, I stepped onto the sidewalk outside my apartment and promptly fell, then proceeded to trip on the carpet at work, but no matter — I’m back.

I had my first post-treatment CT scan on Feb. 17 and met with my medical oncologist this past Wednesday to go over it. I had no idea what he was going to say. I figured it would be one of four possibilities: the liver spots could have disappeared (yay!), could still be there but same size as September (hmm…), could have increased in size and/or quantity (uh-oh), or something new could have appeared. The taste I’d had of being done with all this could be easily revoked in a minute.

Turns out it was none of the above. The two spots are still there but have continued to shrink. This is great news because it suggests that the spots have been shrinking on their own instead of in response to chemo, which was what we were worried about when I had my second scan in September. I had just finished chemo and the spots had gotten smaller since my initial post-diagnosis scan in May. This raised a red flag that the breast cancer had spread to my liver and the lesions had shrunk because they were responding to the chemo.

While I nervously waited for the doctor to come in and tell me what the scan showed, a nurse took my vitals. My pulse was 108, about 20 beats higher than my average, and she was worried enough to check it again. I knew exactly what was happening: I was experiencing my first aftershocks of PTSD, the cancer version. It’s that gripping fear that is always with cancer survivors, even when treatment is over and even when it appears to have worked. The tumor has been excised, but the fear replaces it. I found myself recycling through thoughts I’d had early last year and the year before when I wasn’t eating right or taking care of myself, before I’d even found the lump but was beginning to think that something must be wrong with me.

When I finished radiation, my radiation oncologist told me my cancer was, for all intents and purposes, gone. The fire had been doused — the water was chemo, a lumpectomy, and radiation, and my doctors were the firefighters.

My medical oncologist is still at the scene of the fire, keeping an eye on the ashes and making sure they’ve cooled enough that there’s no risk of any smoldering remains starting another fire. This CT scan and the scans and tests I’ll have in the future are akin to pointing a thermal imaging camera at those smoldering remains.

There’s also this fact: No matter what happens with my cancer, whether it comes back or stays gone, I could die from a hundred other things. I drive almost every day. The average American has a 1 in 470 chance of dying as a car occupant, according to the National Safety Council (nsc.org), and a 1 in 119 chance of dying in a motor vehicle incident (I’m guessing those odds include being hit by a car you’re not riding in).

On some level everyone knows this, but a serious illness turns that faraway whisper into a scream right in your ear. So I’m making plans instead of waiting for someday. I looked at flights to see the Northern Lights. I’m taking my father to the Yuengling brewery in Pennsylvania. I’m going to the Florida Georgia Line concert in Hartford July 7 and planning to have the best time possible. And on a more serious note, I might head to a Lakota reservation in South Dakota this summer with an organization that helps build homes for some of the original Americans, who now have nothing thanks in large part to being herded onto reservations and left to fend for themselves.

It’s been more of a challenge than normal to be responsible and eat right or save for my future with this “live for today” compulsion. Some days I want to spend all the money and eat all the food and drink all the wine — but balance is key.

Especially when you tell your neuropathy to get lost, and you wear heels for the first time in months.