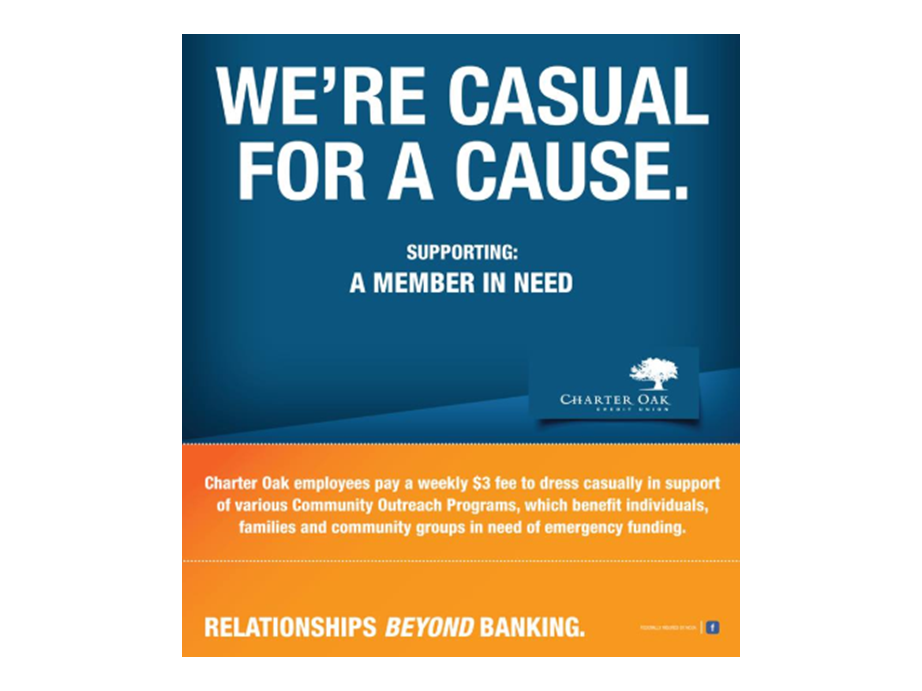 The check was in the mail — a $715 donation from the employees of Charter Oak Federal Credit Union in honor of Aimee Reed, who died of breast cancer Aug. 29, 2018, and who had close ties to the Terri Brodeur Breast Cancer Foundation.

Sandy Maniscalco, the co-founder of TBBCF, was in awe, and then grateful when she saw the check.

“It’s an incredible gesture by Charter Oak employees.” said Maniscalco. “It’s very meaningful to have them recognize Aimee Reed. She was a big loss for us. It’s another example of how they care.” 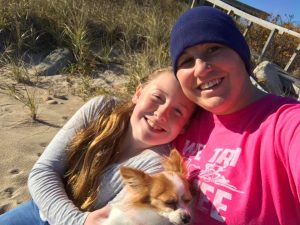 Reed, who was named 2016 Breast Cancer Awareness Campaign Honoree for TBBCF, helped raise money for TBBCF and wrote first-person essays about her struggles on TBBCF.org. She was 34 when she died.

The credit union is a Ruby Sponsor of TBBCF, which means it donates $500 a year to the nonprofit. Charter Oak also matches customers’ donations, last year giving more than $5,000 to the non-profit.

Every week, the more than 200 employees of Charter Oak can “make a donation” for the privilege of participating in “Dress Down Fridays” according to Jackie Uhler, executive assistant at the credit union and the community outreach coordinator. A committee of 22 reviews requests for donations.

Aimee Reed’s name was submitted several months ago by her brother, Walter Reed, who is a lead systems support technician at the credit union and a member of the committee. The committee did not hesitate.

“We had known she was an amazing person and a fighter,” Uhler said of Aimee Reed. The employees raised $515 on the Friday dedicated to Aimee and TBBCF. The credit union added $200, Uhler said.

The credit union’s Community Outreach Program came about more than 35 years ago, Huller said, and is still going strong. Requests for donations come from individuals and groups in New London and Windham counties. Each week, employees pay $3 to wear jeans or other casual clothes to work. They consistently raise about $700 a week, she said.

“We do a lot of individuals and we like to give to local organizations,” she said.