Future business leaders learn early to give back

Alyson Woznicki was 24 years old when she started teaching business at Waterford High School and was asked to strengthen the after-school business club. Her students in the Future Business Leaders of America started fundraising and donated the proceeds to the Terri Brodeur Foundation.

Fifteen years later, Woznicki is still leading the group of young entrepreneurs, and the Brodeur Foundation continues to benefit from the generosity of the students and their advisor.

This year they raised $600 for TBBCF by selling hot chocolate and baked goods at a home football game in October.

“It’s a great organization with a great mission,” Woznicki said of TBBCF during an interview in the school library. One of her very first students had a connection with TBBCF, and the club has continued to support the organization ever since.

The community-conscience Woznicki — she donates blood and helps coach her childrens’ athletic teams — was a part-time business manager for TBBCF soon after her two children were born. She worked two days a week after school and “did whatever they needed me to do”. She has also walked portions of the annual marathon but never the full 26.2 miles.

“I want to show the students there’s more to think about than just themselves,” she said.

Every October is Think Pink month, and the 10 or so members of the club push hard to raise money for TBBCF. In addition to the hot chocolate and baked goods sale, they sell pink T-shirts and pink mugs with a design created by the students. 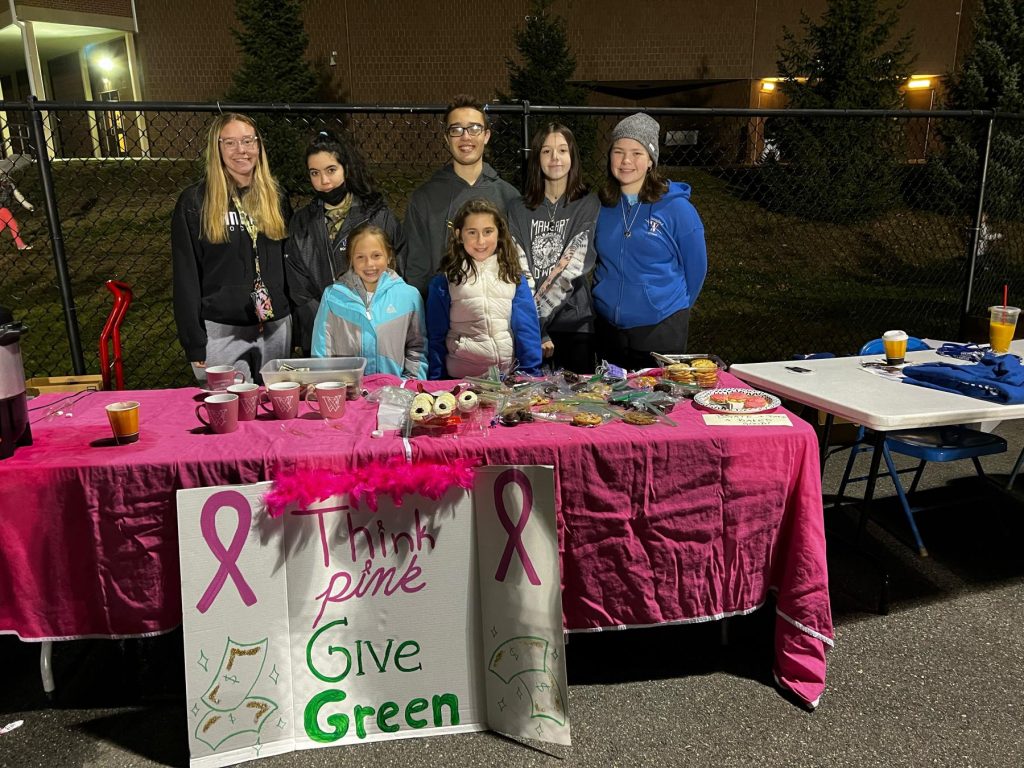 But the future business leaders are not the only ones at Waterford High who support TBBCF.

The cheerleading squad also helps with the fundraisers, and the girls’ soccer team hosts a “pit stop” at the annual TBBCF walking marathon that passes through Waterford.

The soccer team also hosts an annual “Pink Game” in October. The players wear pink jerseys and headbands, hold a basket raffle, and offer information about breast cancer. This year they raised nearly $600 for TBBCF with help from Hartford Healthcare, which co-sponsored the event.

The team has been raising money for TBBCF for eight years. A player’s mother was involved with the foundation and asked if the team would like to get involved.

“Of course we jumped at the chance,” said Coach Christian Ghiglia. “Breast cancer and other forms of cancer have affected just about all of us, and the players want to do whatever they can to help support such a wonderful cause.”

Woznicki also includes more students from throughout the school in her philanthropic endeavors. She is co-advisor of the Student Council, which is sponsoring a 12 Days of Giving contest. Homerooms are racing to see who will be the first to collect 12 items from a list for the Homeless Hospitality Center and Safe Futures of New London. Students are collecting things like socks and toothbrushes for those living in shelters. She said some of the students will help deliver the items to the shelters.

“I think it’s part of human nature to be thankful for what you have,” she said. “Not everyone is so lucky.”